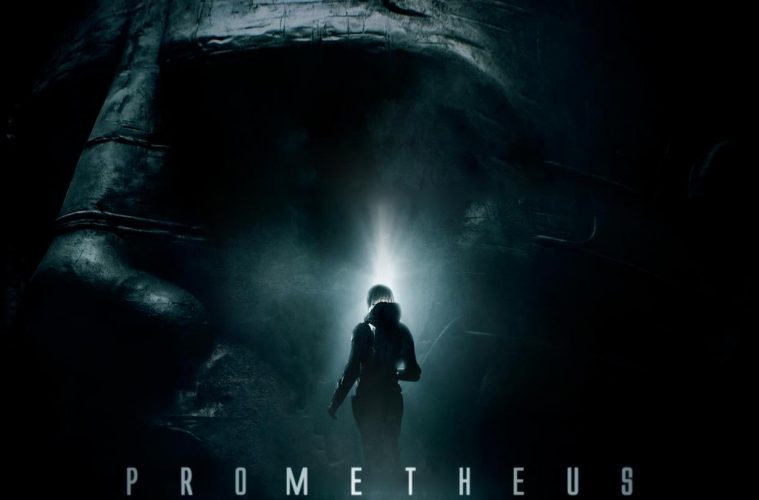 Is Ridley Scott’s Prometheus Movie based on the Anunnaki?

If you have been studying the Anunnaki and the ancient astronauts theory and you happen to have watched the movie Prometheus, you might be wondering whether there is a connection between the two.

After all, there are some clear parallels between them. Both involve the idea that human life on Earth may have been created by aliens.

In this article, we will delve into some of the mythology of Prometheus and see what connections we can find between Prometheus and Sumerian myths, ancient astronaut theories, and other mythologies.

Who Are the Anunnaki?

First of all, in case you are new to this topic, you might be wondering who the Anunnaki are. The Anunnaki are the ancient Sumerian gods.

Some people believe that the Anunnaki may have been extraterrestrials. The ancients would have called them “gods” because they did not have the language to encapsulate the concept of alien life from other planets.

Similarities Between Prometheus and the Anunnaki

When I watched Prometheus, the Anunnaki were the first thing I thought of. As previously mentioned, there are some clear parallels.

The Anunnaki ancient astronaut theory proposes that the Sumerian gods did create humanity, but (as just discussed), they, in fact, came from space.

To be specific, an alien/god named Enki created humankind. His half-brother, Enlil, was the one who commissioned this act, but only because he wanted to enslave humans.

Enki, on the other hand, cared about humanity, and in the manner of the Greek Titan Prometheus, he tried to stick up for them.

Enlil, however, brought the flood—the same flood which is featured in Christian myth—to try and wipe humanity out when he lost his patience with them.

Prometheus too is a story which features extraterrestrials who created humankind. And in this movie as well, humanity comes into conflict with its creators—at least some of whom desire to wipe them out.

Are these connections coincidental?

Not according to Scott, who said, “NASA and the Vatican agree that is almost mathematically impossible that we can be where we are today without there being a little help along the way. That’s what we’re looking at (in the film), at some of Erich von Däniken’s ideas of how did we humans come about.”

If you are not familiar with Erich von Däniken, he is a Swiss writer born in 1935 who wrote numerous books positing that ancient astronauts may have visited humanity back before humans had the language to describe them as anything other than gods. His most famous book is 1969’s Chariots of the Gods? In German, its original title was, Erinnerungen an die Zukunft (Memories of the Future).

More than 70 million books by Eric van Däniken have sold to date.

So, for a lot of people, he remains the entry point for discovering the theory of ancient astronauts and the possibility that the Anunnaki could have created human beings epochs ago.

Prometheus Draws Together a Variety of Myths and Religious Traditions

While the links to the Anunnaki seem clear, if you watch the film carefully, you will notice that there are also other mythological references.

You will find many different Prometheus theories online, quite a few of which make radically different assumptions about what is going on (there is a lot which is left open to interpretation).

Probably the most comprehensive one I have found is here. This LJ user, Cavalorn, did a great job weaving together the threads of different mythologies, drawing links between them and the film and also from one to another.

Cavalorn writes, “So, we know something about the Engineers, a founding principle laid down in the very first scene: acceptance of death, up to and including self-sacrifice, is right and proper in the creation of life. Prometheus, Osiris, John Barleycorn, and of course the Jesus of Christianity are all supposed to embody this same principle.”

This pretty much acts as his thesis.

Following, he interprets the actions and motivations of the Engineers and the human characters through this lens, explaining why the Engineers wanted us dead.

Ridley Scott said in an interview with Movies.com, “There are moments where it looks like we’ve gone out of control, running around with armor and skirts, which of course would be the Roman Empire. And they were given a long run. A thousand years before their disintegration actually started to happen. And you can say, “Let’s send down one more of our emissaries to see if he can stop it.” Guess what? They crucified him.”

So there you go—the Engineers wanted to wipe out humanity because they killed Jesus.

A Film Rich With Meaning and Ambiguity

I’ll be honest. The first time I watched Prometheus, I was confused about a lot of things—but I thought I had a reasonably good handle on it. But now, after reading so many interpretations, I think I probably missed a lot while viewing this Anunnaki movie.

I suspect that getting the most from this film means re-watching it many times in context of Sumerian, Christian, and Greek mythology and paying close attention to the symbology and subtle details running throughout the movie.

So, if you haven’t watched it yet, check it out. And if you already did, watch it again and let us know if you see any connections.